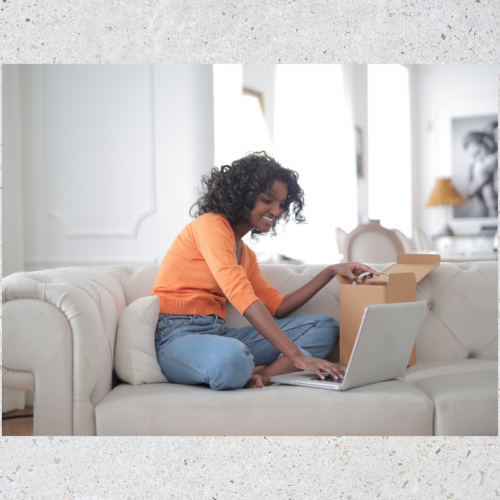 For your information: As an Amazon Associate I earn from qualifying purchases. Thank you.

What is Amazon Australia?

One iconic American store that has come to Australia, albeit online, is Amazon Australia.

While Amazon Australia sells a lot of Australian products, they also sell many American items, including some that are sent from America.

Something to know about Amazon Australia is that their prices increase and decrease all the time. Just because a pair of jeans was $20 yesterday doesn’t mean it will be $20 today or next week. A little frustrating yes but they do have great sales.

Not all supermarket products are available on Amazon Australia but if Amazon does sell it, then they’ll often match the price the supermarket sells it for. There is a slight catch though, they’ll have a minimum quantity order. Meaning to get that low price they’ll ask you to buy multiples of them.

Personally I don’t mind this as I often will buy multiples of the product anyway when it is on special.

I can hear you asking about shipping. It’s true, it is something you need to consider.

I am a Prime member which is something I’ll explain in a moment but basically it means anything I buy is shipped for free.

Non-Prime members can get free shipping when they purchase over $39 worth of items.

Another thing to keep in mind that there are Amazon sellers on Amazon. That is not everything is shipped by Amazon. It has a marketplace that people can sell their items on. Some of these items do not come under Prime so isn’t eligible for the free shipping.

There are so many products on Amazon Australia, it is impossible to list all the American ones so I listed a few of my favourites:

And there are some products that is shipped from USA, you can tell these as it has ‘Ships by’ under the price and if it says Amazon USA then it’s coming from the States.

My favourite items I have purchased internationally on Amazon Australia are:

Again, if you are a Prime member, you can actually get free shipping on these items, from the USA if you spend over $49. The shipping can be fast too, the listing will give you the approximate time it will take to ship. During these times though be aware it may take longer than usual.

You want to know about Prime Membership?

Quite simply, it’s signing up to Amazon Australia’s membership program. It costs $59 per year or $6.99 per month.

This is what you get for that price:

You can read more about Prime membership  on the Amazon Australia’s website. It really is great value!

Prime Video is part of the Prime membership with Amazon Australia. It is a streaming service that you can access hours and hours of content of many movies and tv series.

There are numerous Hallmark and ‘Hallmark Like’ movies available.

As of 9th November 2021, Prime Video has 12 new channels where you can subscribe to for a monthly fee and have extra content to watch. This is something that is already available in the USA and UK.

The additional channels are as follows:

Something that is exciting that happens once a year is Prime Day.

Prime Day is a particular day that Amazon has amazing specials across the whole site. Usually Prime Day is in July but in 2020 it was in October 13 and 14.

The Prime Days for 2021 are on 21st and 22nd of June! Keep an eye out on my Instagram and Facebook pages for super specials I find. Or you can go straight over to the Prime section of Amazon Australia here to check out the specials yourself.

Prime Day for 2021 is now over, it was on June 21st and 22nd 2021. I hope you were able to snag a bargain! I am going to leave the list below that I made during the sale, as an example of some items that were available and how much for.