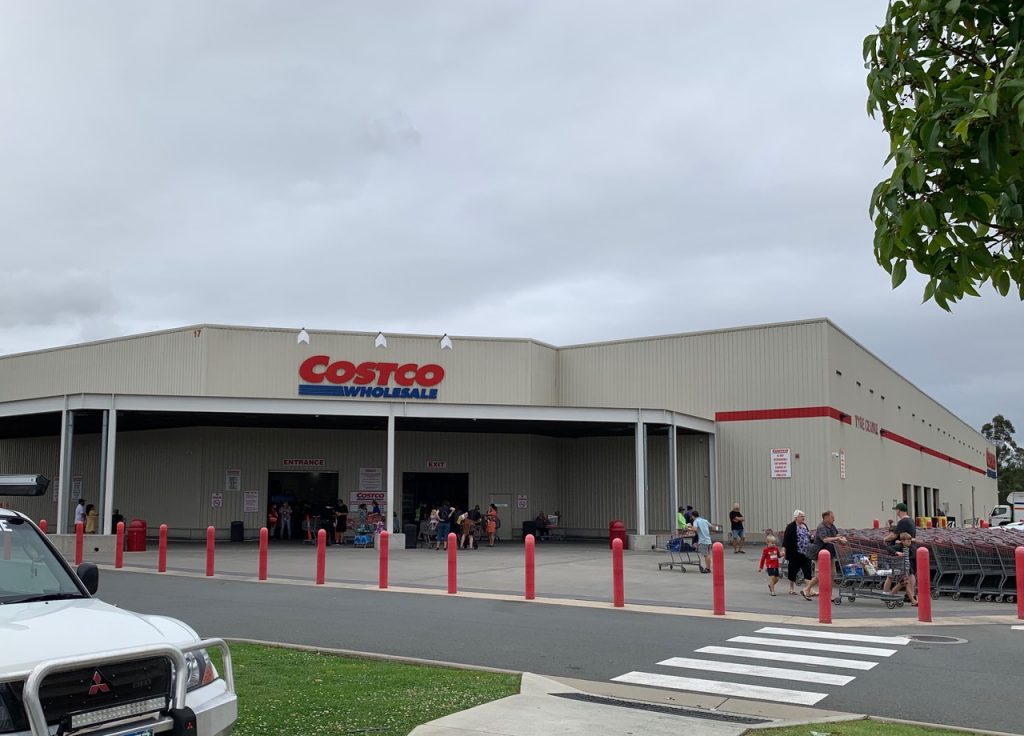 Costco Australia is a grocery warehouse that originated in the USA and finally came to Australia in 2009, opening its first Australian store in Melbourne.

Even though Costco is from the USA, the majority of the products they sell are Australian. But they do have some American items which is exciting! I just wish they had more.

I do like to shop at Costco. It is a membership based warehouse which means that there is a yearly fee to shop there. At time of writing it is $60 a year per household. $55 for businesses. We live an hour away from the 2 Queensland Costco’s so we get to go a few times a year and for us, the membership cost is worth it. But a tip is to know your prices. Plus is it soo handy when you are catering a gathering like Christmas or a party. Products sold are usually in bulk so really easy when needing to get items for large gatherings.

Costco Australia do have an online store, it’s not everything they have in store but there are some products available. You do need a membership to shop online as well.

For those of you on the Gold Coast or surrounds , Costco has commenced building a new store in June 2022 at Coomera, behind Westfield Coomera.

According to this article with the Costco Australia chairman, Patrick Noone, Costco are planning on building 3 more stores in Victoria. Melbourne CBD, Officer and Geelong.

Here is a sample of the American products I found at my last visit to Costco North Lakes in Queensland (November 2020). Please remember that stock can change and these items mentioned might not be available all the time:

Some of My Favourite Items